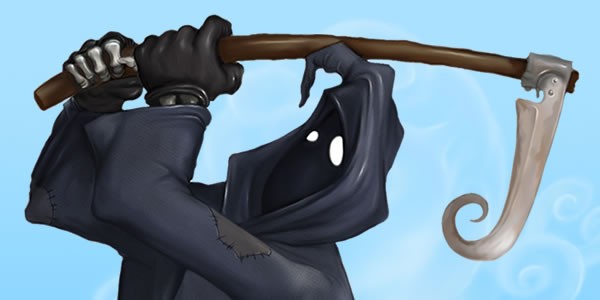 - Lets bet that you won’t pass this bridge?- winked the stranger
- Chut. It is flimsy and reeling. And it is high under it. – waved away the Hero.
- You are so boring.-said the stranger and run away the swinging bridge. – Only here! Acrobatics at the highest level! Balancing! Wonders of equilibrium!
The stranger made a somersault. The bridge threateningly began to creak.
- Don’t squeak, the road of the life! I am walking through you. – began to laugh the Stranger.
He run back and winked to the Hero.
- This is the adrenalin! – he said excited- The disdain to the laws of gravitation and extreme. Who didn’t try it- didn’t try anything.
- Should I try to do it?- doubted the Hero
- Are you afraid? – laughed the Stranger. Extreme- is not about you.
- Oh? – the Hero clenched his teeth.- Look!
He run out and reached the middle of the bridge.
- Now! Look! – He looked backwards victoriously.
The Stranger looked at him attentively and smiled slyly.
- Well done!-he complimented the Hero. I can get to know such brave person.
- Hero! – presented himself the Hero.
- Death! – God knows from where on the stranger appeared a long black cloak and in his hands appeared a scythe.
- What do you mean Death? – turned pale the Hero. – My death?
- What luck you’ll have. – Death shrugged her shoulders. – Maybe not yours… 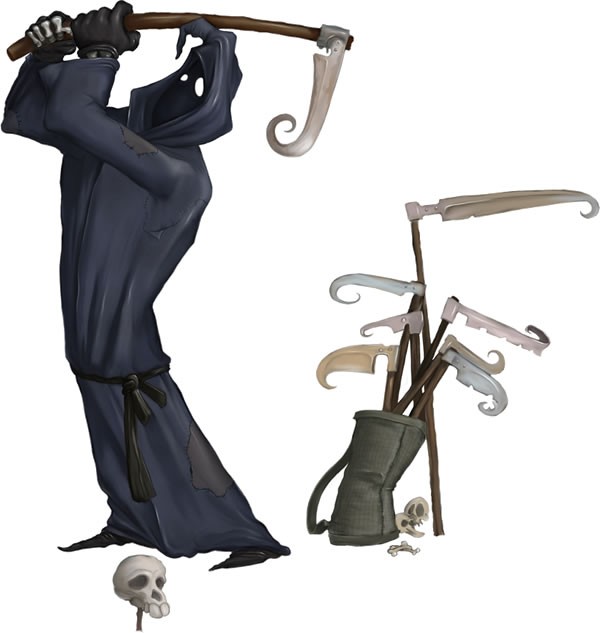 Every Hero has to meet his match. A factor that creates obstacles for the Hero. This is Evil, this is Sauron, it is professor Moriarti, this is a house manager of Semiona Semionovicha Gorbuncova, and this is precipitation for rheumatics. We didn’t content with a halfhearted measure and engaged into our movie the most ominous enemy for Gojo- Death. The enemy that is impossible to gain, if only a temporal victory. So far as we plan a kind movie, our Death is not a gloomy and fearful old woman, which mows nations for nothing, which is bored to appear simply and wave with its scythe. Afterwards our Character – it is a Death which decided to add an element of creativity in that dark process.
She is inventing an entertainment. Let’s say, to kill a sparrow, she is able to organize a golf-show: she is taking a suslik’s skull and hits it with the scythe in order to reach the bird. And in our movie this character will be like…
Tssss. And what the Death will do in our movie we won’t tell you for a while.

But we easily can show you how it looks. That kind of Death met Gojo on his way: 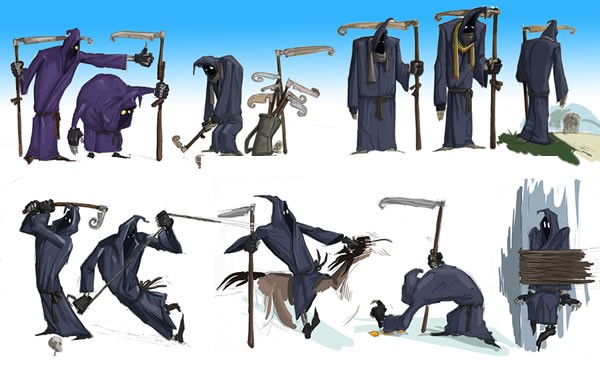 And this is the way to our Character: 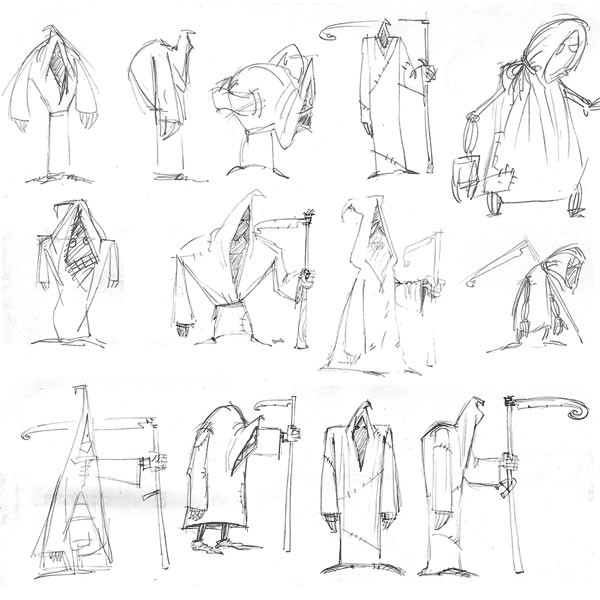