In our previous posts we wrote about the cartoon’s new character, the horse Butze, whose exterior, spurred a lot of controversy.  Now, it is the time to bring the horse to live, give it the possibility to move, breathe deep and lively.

Everything starts of course with modeling a horse.  The artist draws the front and sideways views, thoroughly accentuating the problematic details and forwards the final sketches to the modeler.  And so, step by step, the new character appears not only on papers, but also in the tri-dimensional measure.  Now the horse can be seen from any side, not only from the sides that the artist has drawn it.
And here it is, the model is ready, but that is only a small part of the work.  At this stage, we need to create the skeleton and operating elements, namely –the rigg.  The next step is skinning. This means that the outcome system (the rigg), should be adjusted to the ready model and animate in this way, our horse.
For biped characters there are various riggs which may adjust to any “humanoid”. There are of course riggs for four-footed characters, but they are very few and for our horse character they hardly adjust. Therefore, we had to create the rigg for the horse by ourselves and out of nothing. 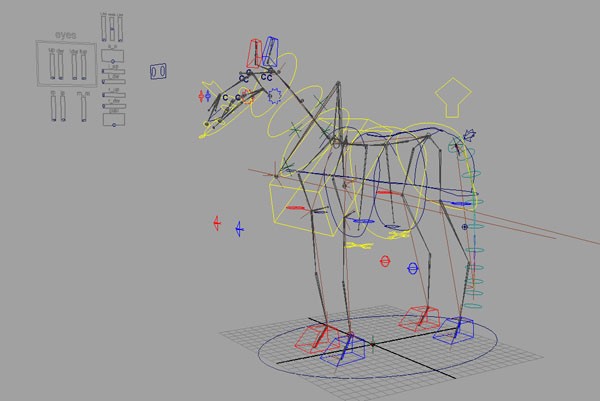 A complex feature was the long neck of the horse. It took a long time to work out particularly this element; to create smooth movements of all vertebras (it is particularly important the spread of the bone pressure in the lower part of the neck.)  Also, a particular movement have the humeral and shoulder joints, because unlike bipeds, our Butzefal has feet as frontal extremities. Consequently, we have to create a different scheme to operate them.  For the tail we got a combined rigg: one part of the bones is operated by hand and the other by computer.  In conclusion we got a very universal rigg, which completely meets our needs.  Now our horse will be able to do everything it needs to: run, jump and even steel.  It may even get on a tree if the producer wishes. 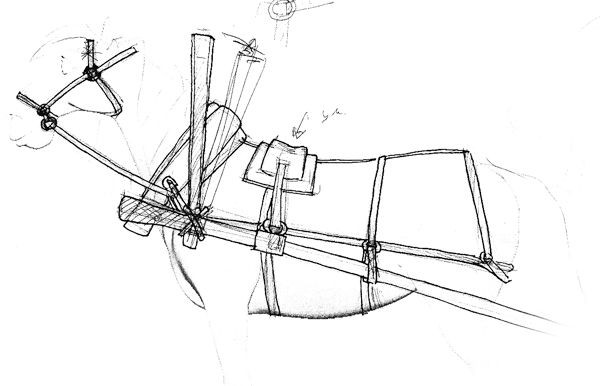 Now, all the preparations for the animation stage are ready. The only thing left is to harness Butze to a cart.  Suddenly, we realized that we really missed an important detail such as horse harnessing.  And then we had to address again to painters.  The painters created a realistic and quite simple harness.  After receiving the 3D harness, another headache started: how to fix the harness to the horse: though all the thongs repeated the horse’s movements, they are still separated elements.  The task was to do in such a way, that thongs would not only move synchronically with the horse’s skin, but would also slip and move according to horse’s dislocation.  To do this, we had to use the dynamic texture that we described above. 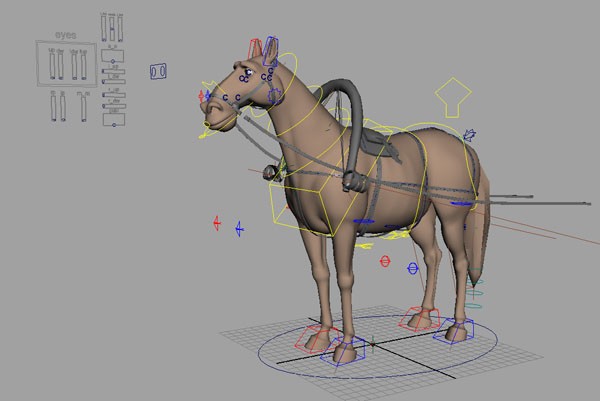 Well, finally, everything is ready for the animation process.  We first decided to do a simple step.  A step is the slowest kind of a horse movement.  As it walks, the horse consistently leans on each of its four legs, pushes itself forward with its back legs, moves the right frontal leg, then the left back leg and after, goes the left frontal and so on in a cyclical movement. The step – is the least exhausting kind of a horse movement. It is also the best way of showing the pulling force in the movement process, of, for example, a tented cart, which is the habitat of our main character’s family.  Moreover, Butze appears firstly in the cartoon – walking.  For a realistic imitation of a gait, there was a very thorough study of materials, such as drawings or videos taken from Internet or shooted by our team at the hippodrome. 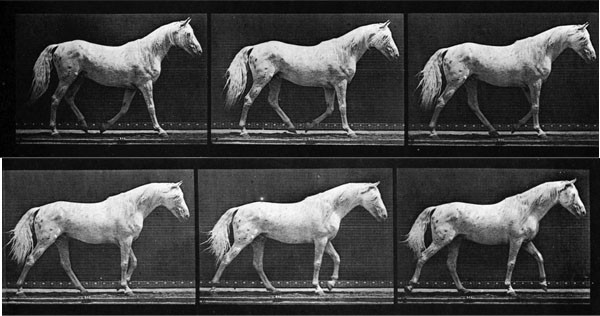 And here it is our Butze, walking and pulling the tented cart behind him with the gipsy inside.  The first animation for the cartoon is ready. It reflects the interaction between characters and objects. In subsequent articles we will describe how the Butzefal’s mimicry is created, and how it got its real mane and tail…