When the cartoon will be released?

In our comments to every blog note, we get from five to fifty questions like “When the cartoon will be released?” In everyday life for people involved in the project, this question follows promptly after “Hallo! How are you?”

The cartoon has not been released for two reasons. 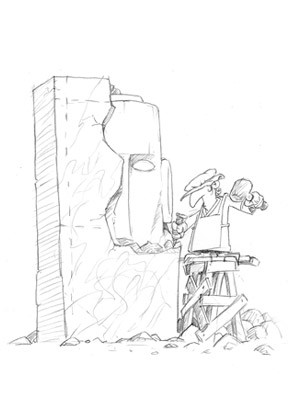 Frankly speaking (in all conscience) – we would never have thought, not in the worst dream, of such amount of work. We reckoned it’s a piece of cake. We draw it, model it, and stage it – not a great deal. In less then five months time. However, when we came to start it became obvious it’s easier to shoot a real movie then draw a 3D cartoon.

The second reason is the main one. It is as common as a wedding photograph and eternal as philosophy – a critical lack of money and its consequences – technical, staff, etc.

Simpals workshop supports from its own feeble account the costs related to making the cartoon. The Crises outside makes the not so roomy account to decrease even faster.
That is why we have to get away from duty from time to time and send our staff to make money elsewhere in order to keep the project afloat. Some go in the dumps, others dig flowerbeds or clean the snow in Siberia, or else draw smiles and cursors for computer mouse. Only then we gain time to work on the cartoon again. However, happiness does not last long – money is spent and everyone is on the plantation again.

In any case, we will come to a happy end – it is a matter of pride, it is in our interest and it is a real MUST.
But in the harsh present, the finishing times move clearly further and further away. And we really are at stake to predict the time the cartoon will be available for viewing.

But we would like to say that we would be extremely grateful for any help from your part. That is why we’ll have something like clouds of tags on our blog called “Clouds of our gratitude”. It will enhance those people who came to our rescue. The greater the help – the thicker the font size of their written names on the cloud. Same their names will appear at the end part of the cartoon. 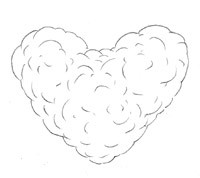 In addition, we are ready for all kind of suggestions and proposals for material assistance from organizations or private individuals. Of course if it not against the cause of the project. It does not mean we’ll dress our gipsy in a designer  sports suit or make Zara look like somebody’s mother-in-law. As for the rest – we are ready for cooperation. And all hassle with one and only purpose to bring nearer the day of the release.

On the 1-st of April (our birthday) we plan to show you the second cartoon about Grandad Baro and Tagar. With credits already.

Are you ready to find out how you can contribute to our project and be on the Happy Cloud? Click on the footnote

129 thoughts on “When the cartoon will be released?”