“Gypsy” will be full-length!

(blowing dust off the blog)
Hello, our dear ones.
We are sure that many of you thought that our project had totally kicked the bucket.And they were terribly wrong. The project isn’t only alive and kicking, it has been also growing so fast, that all the world’s early developers became green with envy.
The thing is that wild imagination of our creative team first of all turned a 3-minute cartoon into a 5-minute one, than into a 7-minute one, and than into a 10-minute one, and it didn’t stop on what it has achieved. We’ve already heard such phrases as: “Let it please be fifteen minutes, or at least twenty…” 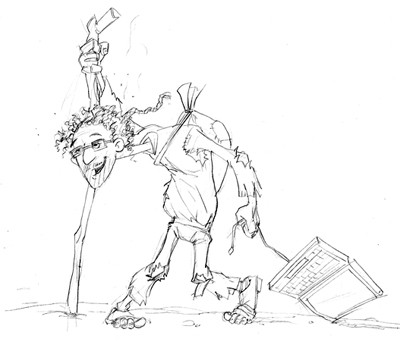 After that, the manager of Simpals studio gave a sob, gave up previous ideas and said firmly: “Let’s make the full-length one!” So he went to find a partner, investor, friend and teacher. Because, you know, a short-length cartoon is one thing, while a full-length one demands absolutely different requirements to script, organization of works and financing… To absolutely everything
Dmitry returned barefooted (he had worn out all the shoes he had), attenuate (because of the constant motion) and with tones of good news.
Today we will reveal one of it:
We managed to get probably the best cooperation offer of all possible. We will not beat around the bush any longer.

We will simply show you the glimpse of the press-release: 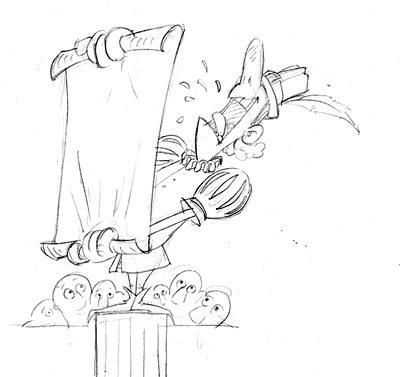 “CTB” motion picture company  (Russia)
Simpals studio  (Moldova)
PRESENT
3D animated film with the working title “Gypsy”
producer: Sergey Selyanov
production director: Dmitry Voloshin
script: Dmitry Voloshin, Valery Fedorovich, Sergey Uzun
art director: Serdar Dzhumaev
executive producer: Oleg Gaze
soundtrack: Zdob şi Zdub
start of production: year 2011
end of production: year 2014
In this connection, for about already two weeks, artists, animators and other people are happily screaming in our office, anticipating overtoil for at least next three years.
We will later tell you what the switch to the full-length cartoon resulted in, in what characters and in what hard work on the script
But now we are simply rejoicing and screaming “Hurray!”