We’re going to the “Cannes of Animation”! 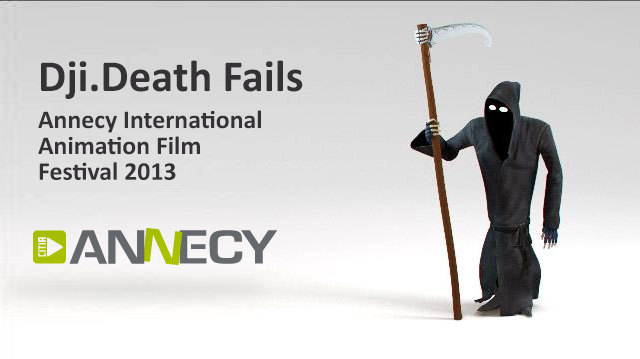 Yes, it’s not a mistake. The animated film “Dji. Death fails” was selected for screening at the biggest animation film festival  Annecy International Animation Film Festival 2013,
which takes place since 1960 and is often called  the “Cannes of Animation”. When we opened the letter and read, that     a Moldavian cartoon for the first time appeared in top 50 list of best short films from around the world, we didn’t believe and rechecked the sender’s address. But the invitation turned out to be as real and official as it can be. We start preparing for the festival, keep your fingers crossed for us!